After a much smoother but longer passage we arrived after 15 days at sea in St Vincent our first time to the Caribbean. We still had fresh food on arrival: white cabbages, sweet potatoes apples, green and red tomatoes and with the seas much calmer we did a lot of cooking and ate up the remains of the rough passage food over the last few days at sea.

After a day’s recovery we  took the local  mini bus to the fresh food  market in Kingstown,   21 passengers  squeezed  into  a minivan no bigger than a Range Rover.   I sat next to small man with a large bag of fish heads.  The market had a vast array of unusual fruits, local dark rough skinned potatoes which cooked to a lovely dumpling texture,   ugly looking fruit, one of which our boys nicknamed bubble gum fruit because of its pungent perfume like fragrance,   yams,   lots of scotch bonnets as well as flavour chillies, meat was mainly frozen chicken but  fresh fish was cheap and varied.

We ate at restaurant called Five Shells recommended by a lovely taxi driver called Desmond.  Unassuming it looked like the club house of a village football team. It probably was on match days as it was  next to the pitch and as we later discovered  also next to the fresh fish market,  where fish came straight from the boats into a small wholesale market,   to be bought by the traders who sold it straight to customers 10 yards away.  Our Christmas dinner was Wahoo and red snapper,  great value and so fresh. We picked our fish it was gutted scaled and prepared in front of us. I pan fried the Wahoo in steaks and cooked the snapper whole stufed withs few spices on the BBQ

I would like to think we got quite good at making rum punch from scratch  after sampling various versions,  we  found out it is a mix of local  white rum ( sunset 88% proof!)  Dark  Sparrow rum   (named after Jack Sparrow as Pirates of the Caribbean was filmed there )  Grenadine or a stock sugar, fruit juice,  usually orange and pineapple, angostura bitters, fresh lime juice and lots of ice.  Compared to the local beer Hairoun,  rum is relatively cheap and incredibly strong,  a small bottle of beer at around  £1.00. A litre of  88% rum around £10

We spent our last two weeks away from the boat island hopping by ferry having flown our boys out with some really old air miles/avios points. We went and stayed right on a quite beach on Bequai and snorkelled and swam for a week in the clear blue seas away from the output of the yachts at anchor (who are not supposed to flush  at anchor and are meant  to store it till they are in open sea  but we soon learnt they mainly do what they want! ) Returning to St Vincent  a few days before Christmas to a lovely house overlooking the Marina with a  quite beach a few minutes walk away and five minute kayak ride to  the  marina shop for expensive  but needed supplies of rum etc.

The people  in the Caribbean aew lovely, friendly  laid back (apart from the mini bus drivers who are crazy)  Eating out is cheap, the best Roti we had  was in Vincys Roti a not very fast food  lunch spot for locals accompanied by tamarind sauce,  Channa dahl  and  spinach.   I ate salt fish from the back of a minute van on the street inspired to do so  by long queue of locals,   it came with coconut dumplings  and bread fruit I also had callaloo a sort of  spinach soupy dahl,  delicious authentic Caribbean food :  soup in 85 degrees does work  So does curry!  You can also spend a lot of money eating out at restaurants and marinas in the Caribbean, these restaurants   aimed at the cruise ship  tourist and some yacht owners who rarely leave the marinas for fear of meeting locals.

We also ordered by accident two enormous lobsters which turned up in Bequai still warm from the cooking pot for me to clean and prepare for supper that evening.  I prefer crab  as I like the darker stronger meat.  I made a bisque type thing with the head and shells for lunch.  I have cooked a lot of lobster in my time as a chef but I still don’t like killing them and would prefer to put them back.  I should imagine the last few hours of a lobsters life is as unpleasant as any animals sent to slaughter,  perhaps a trip the abattoir should be compulsory for all meat eaters!

I mainly cooked  vegetarian curries as I had taken a bag of spices with me on the boat and as anything imported was expensive it made sense to cook cheap local veg in a variety of spicy sauces  I probably wont eat a curry for a while which is sad as its one of my favourite foods but a dryish January and a chili  free month is what my body tells me I need.

The end of a trip of a life time. its inspired us to ty to get away for Christmas again to avoid the hype stress and spending that has become a part of the  British  Christmas. 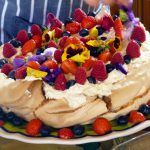 Food on our sailing trip to Cape Verde